Project Summary: The project’s primary objective was to develop a detailed RSCAD model for the Long Island region of the New York state grid that could be used in the future as the basis for real-time transient simulation studies. The simulations are targeted to run on Confidential Client Real-Time Digital Simulators (RTDS®) in the AGILe lab and use the latest RSCAD software version. The model is to be fully integrated into the existing grid model of the New York state. The developed models are also expected to be reusable under different simulation configurations or various grid conditions.

K&A Scope: At the beginning of the project, K&A, in collaboration with Confidential Client, determined the network interfaces define precisely the modeled area. For RSCAD modeling, K&A created system equivalents for the areas outside of the Long Island region. Two network model variations were developed; equivalent sources were computed/used at the interface boundaries or integrating the Long Island network model into the existing NY state RTDS model through defined interfaces. The development of the network model, especially the interfaces, was documented to facilitate future RTDS simulations and the future co-simulation using RTDS® and TSAT® of DSATools™. 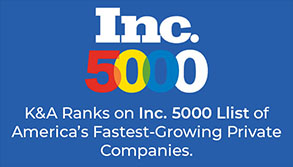